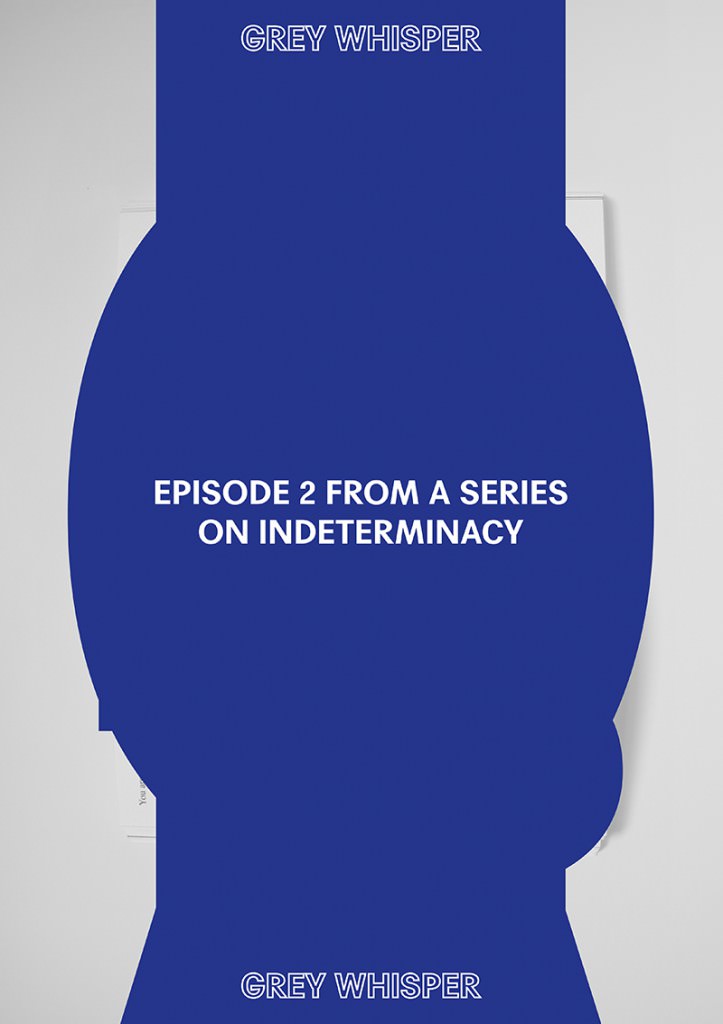 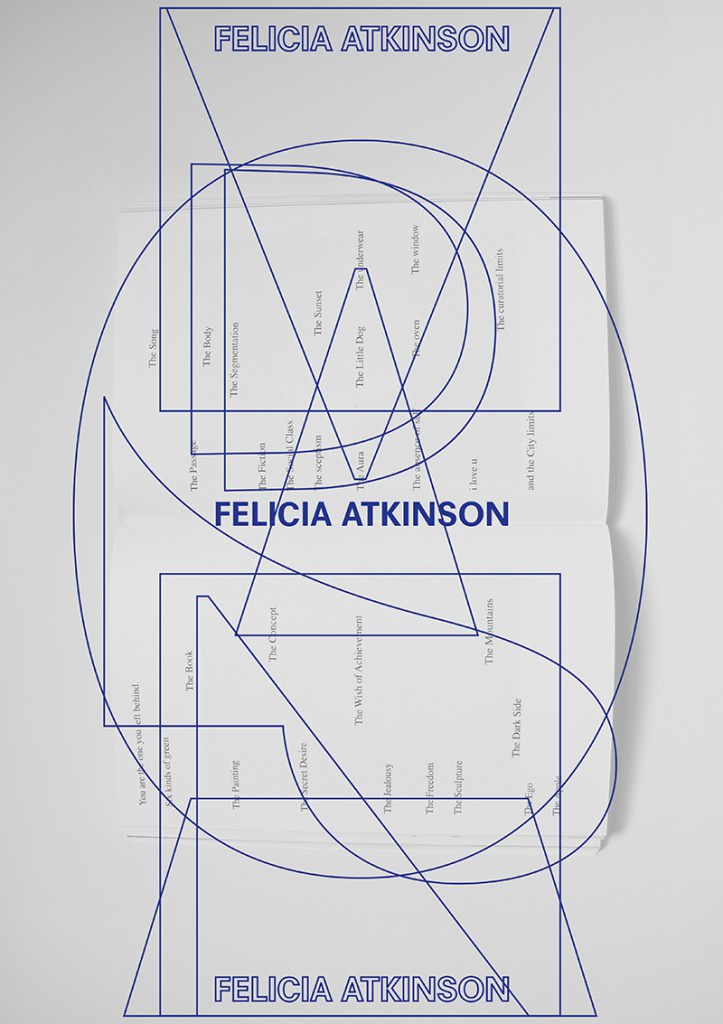 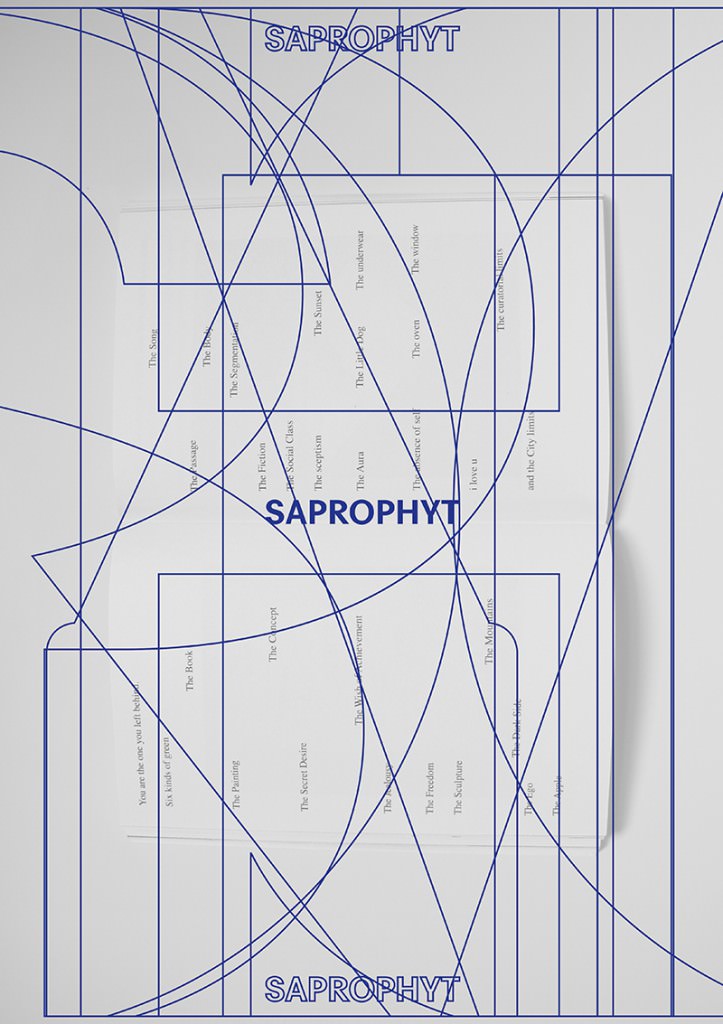 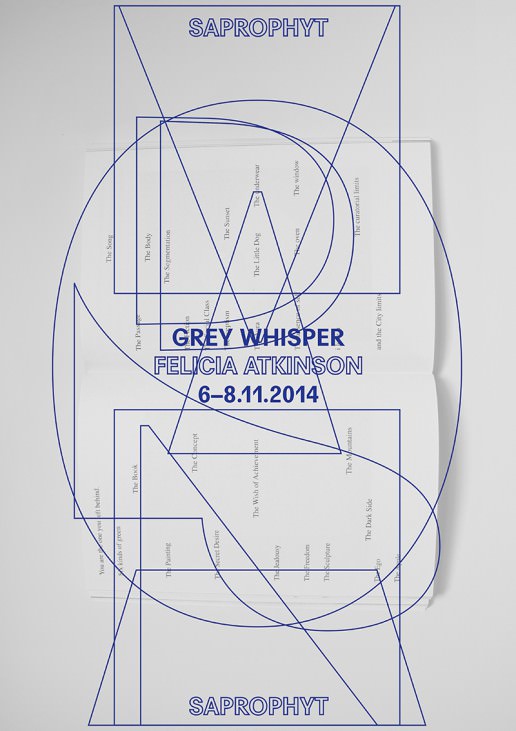 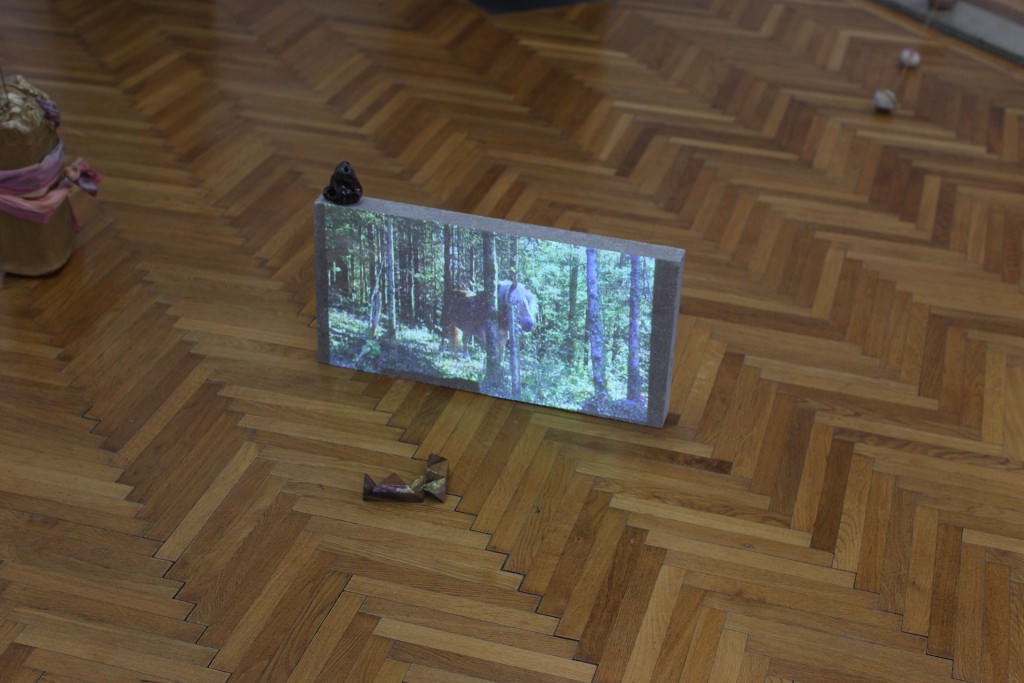 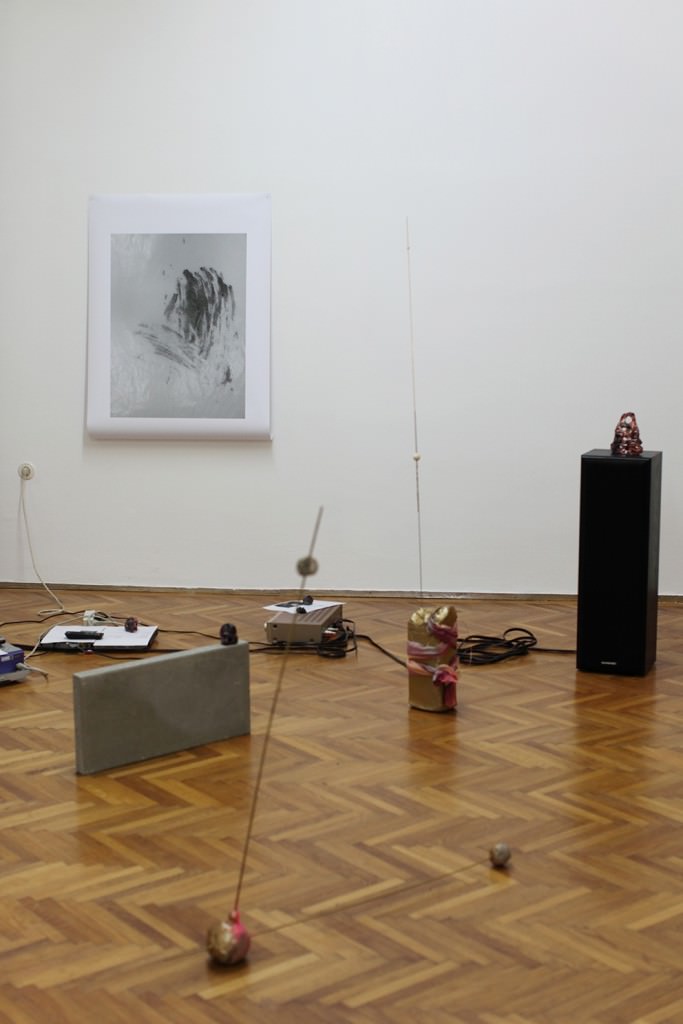 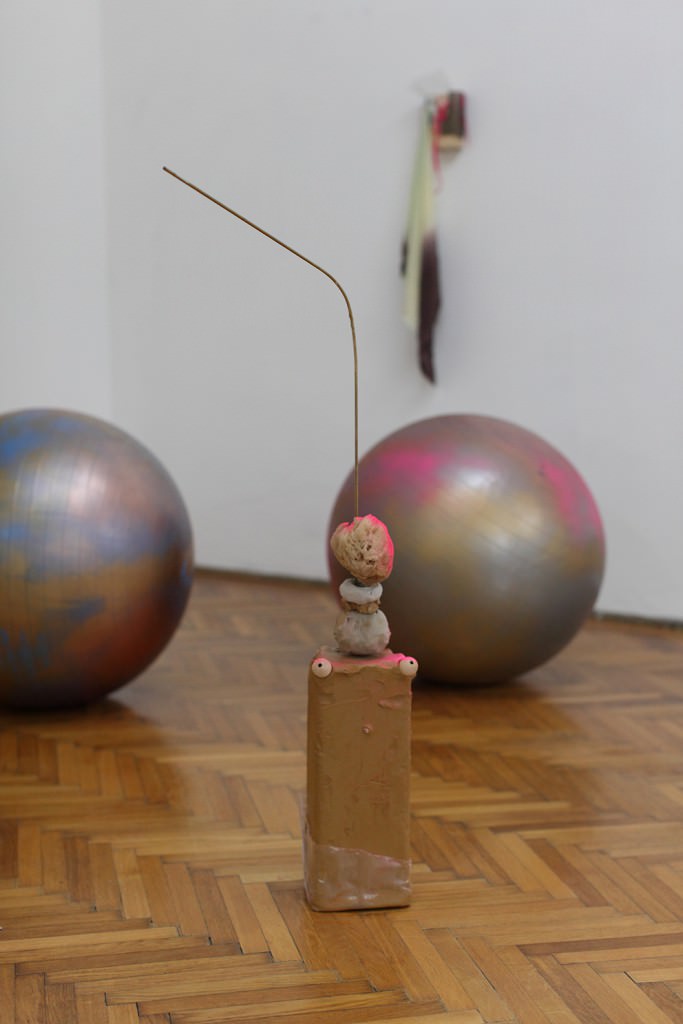 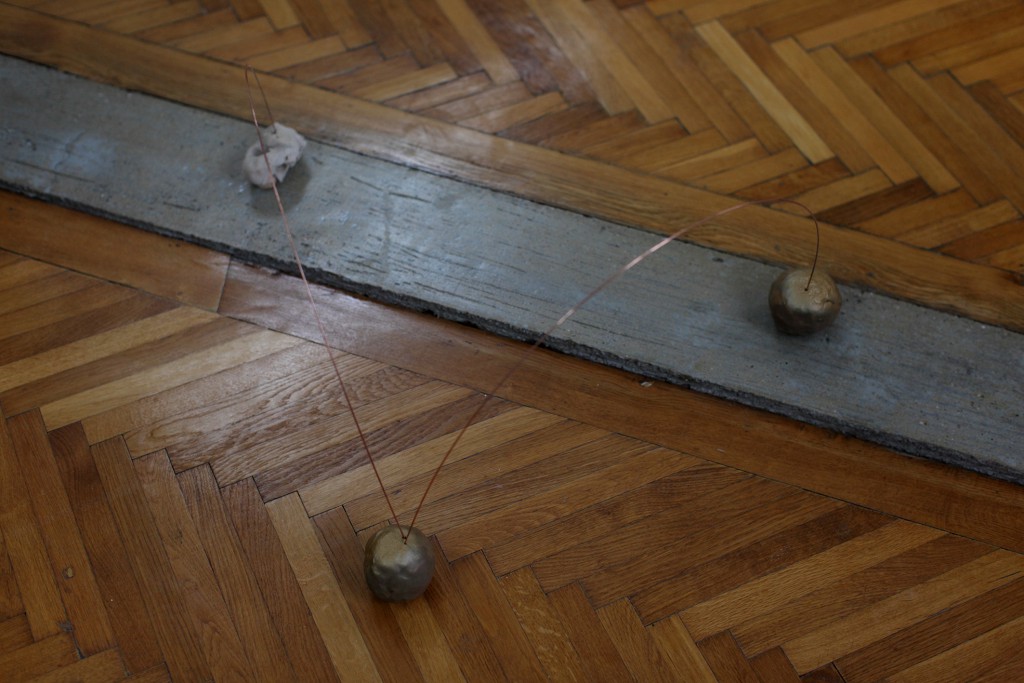 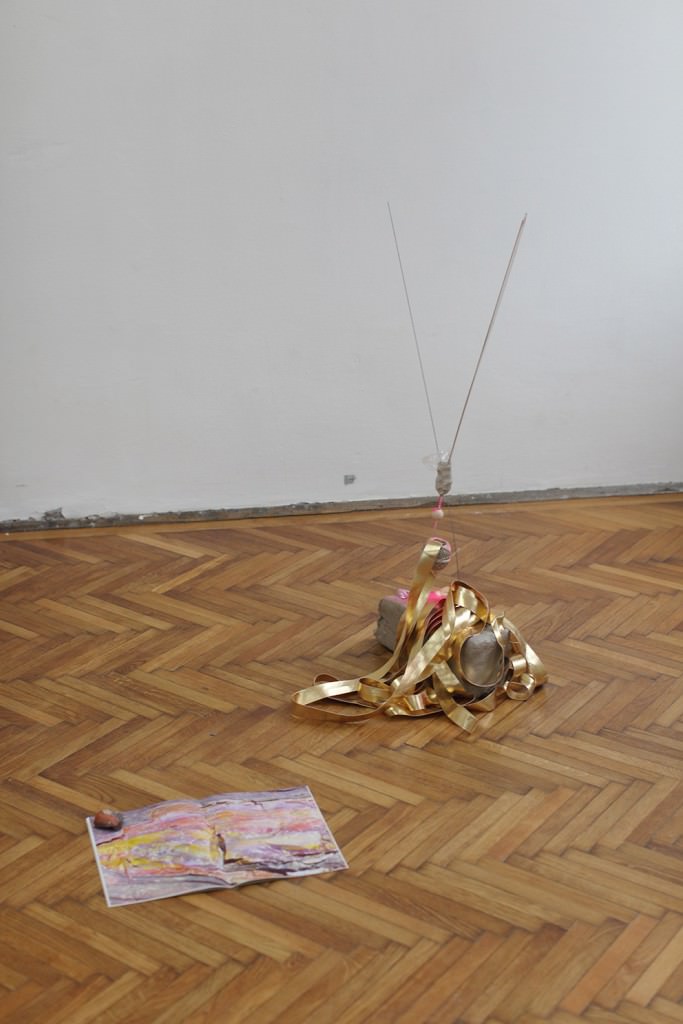 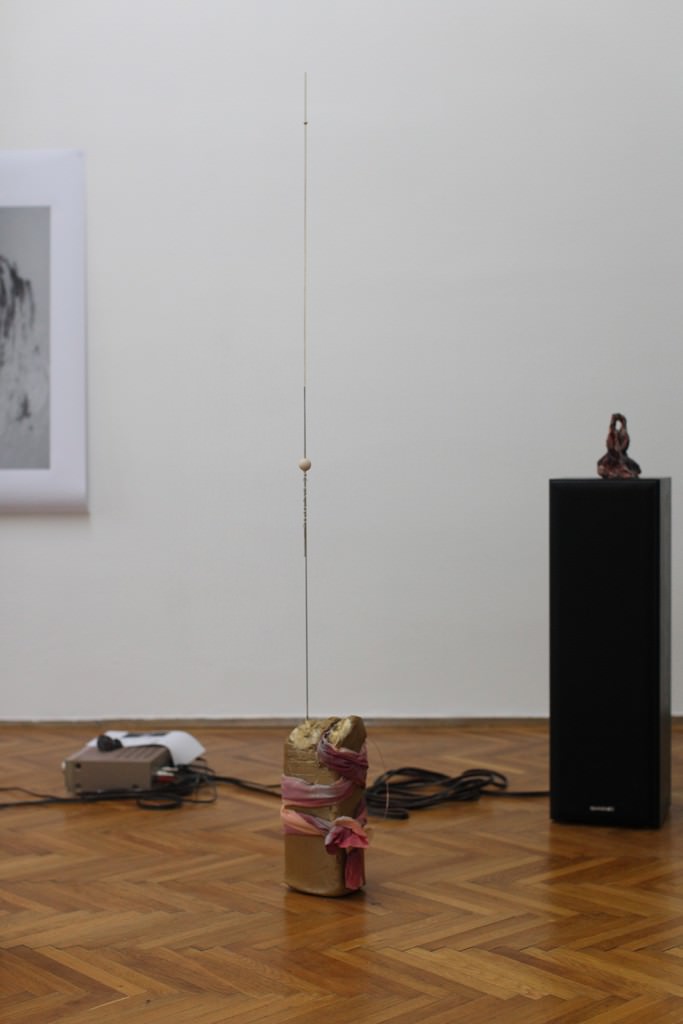 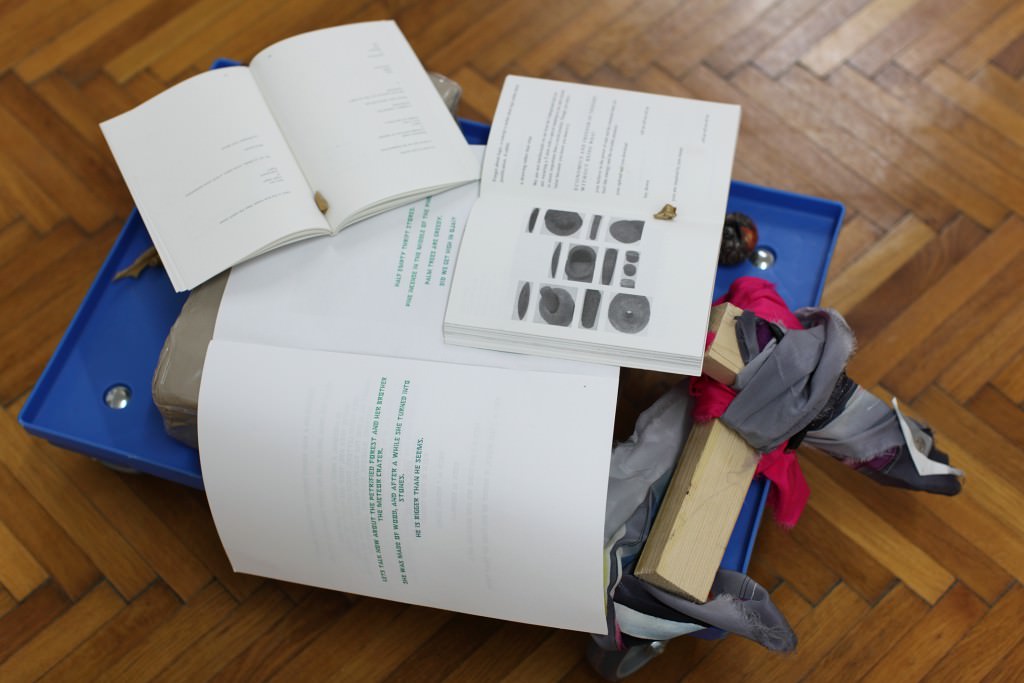 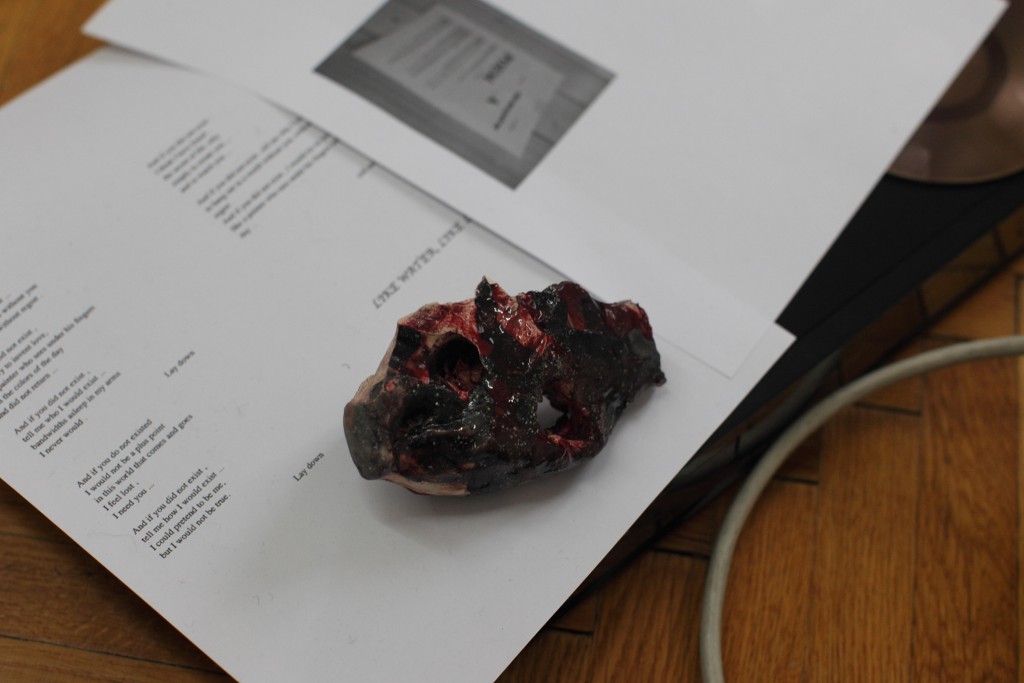 episode 2 from a series on indeterminacy

it’s the cosmos and it’s the loss, it’s there and it will disappear
from you and come back again, whatever we wish, we are the
same kittens in the same potato bag and we need to make piece
with ourselves and
1/ find an escape
2/ believe in future lives
3/ accept the fate
4/ eat each other
5/ wake up from this joke
6/ hit the one billion views
7/ PIZZA TIME!
Improvisation, loops, delay, inderterminacy, and distortion are the main themes of Felicia Atkinsons visual and musical works. Her exhibitions are deliberately “improvised”: as a score and protocole for her displays she often uses found images as well as found and her own writing. Felicia Atkinson uses clay, silk, painting, drawing, printed matters, sound, found materials,  poetry and digital images, all in conversation, or in argument.

What kind of plot and territory express and locates a heterogeneous community of objects and species? How can we locate physically the instant and the “devenir’  of a body or an object?  How can we not stick to the plan? What is the materialization of noise? Can an object acknowledge doubt and ambiguity without revolving it? Can we be different things at the same time? What are the political and social effects of inderteminacy in an contemporary art exhibition context?

Felicia Atkinson is a french artist and musician born in 1981 in Paris. She has recently exhibited at Oslo 10 in Basel, MUCA Roma in Mexico City and Bozar in Brussels (winner of the Langui Prize/Young belgium Art Prize 2013) and performed lately in places such as Palais de Tokyo in Paris, Wiels Contemporary Art Center in Brussels, Fox Theatre in Vancouver or Cave 12 in Geneva. She has published a wide series of vinyls records and tapes with different music labels such as Peak Oil, Shelter Press, NNA Tapes, Umor Rex and a series of zines and publications including her latest " Improvising Sculpture as Delayed Fictions"
She is also the co-pilot of the imprint Shelter Press.